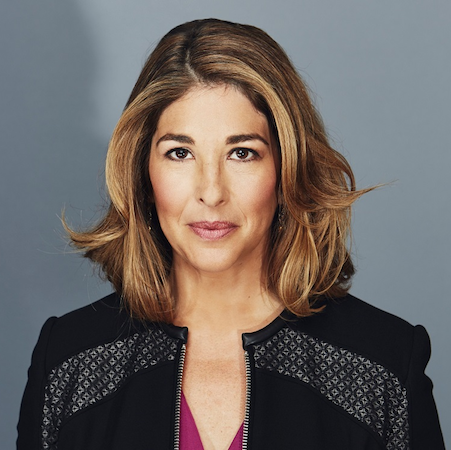 A best-selling author, award-winning journalist, syndicated columnist, and documentary filmmaker, Naomi Klein is one of today’s most influential critics of uncontrolled capitalism and its effects on people and the environment. Her best-sellers include No is Not Enough: Resisting Trump’s Shock Politics and Winning the World We Need (2017), This Changes Everything: Capitalism vs The Climate (2014), The Shock Doctrine: The Rise of Disaster Capitalism(2007) and No Logo (2000). Her latest, The Battle for Paradise: Puerto Rico Takes on the Disaster Capitalists, “uncovers how the forces of shock politics and disaster capitalism seek to undermine the nation’s radical, resilient vision for a ‘just recovery.’” In 2015, Prospect magazine named Klein one of the world’s top five thinkers.

She is currently a Senior Correspondent at The Intercept, and in September 2018, she was named inaugural Gloria Steinem Chair of Media, Culture and Feminist Studies at Rutgers University.